Well long story short, it probably isn't worth it for the average joe, but if you're looking for an excuse to try out with some light hardware modding then this is for you.

So what do you need?

Grab a knife and cut open a USB cable, there should be four wires but we really only need two.
You might wonder why use cables from a USB cable, well it's cheap, we know it's capable of charging the device, and well you probably have one laying around.
Now to expose the metal on the wires grab the lighter and burn the ends of the wires(maybe open a window), when the platic is melting rip it off with your fingers.

Solder the two wires to the charging receiver and make sure the solder is not touching each other.
Now put the receiver on your charging pad and manually connect the wires to the side-connector on the Nexus 7 to make sure it works(look below)

Once you've found the correct connectors, solder them to the tablet, remember be careful that the solder only covers the right connector. 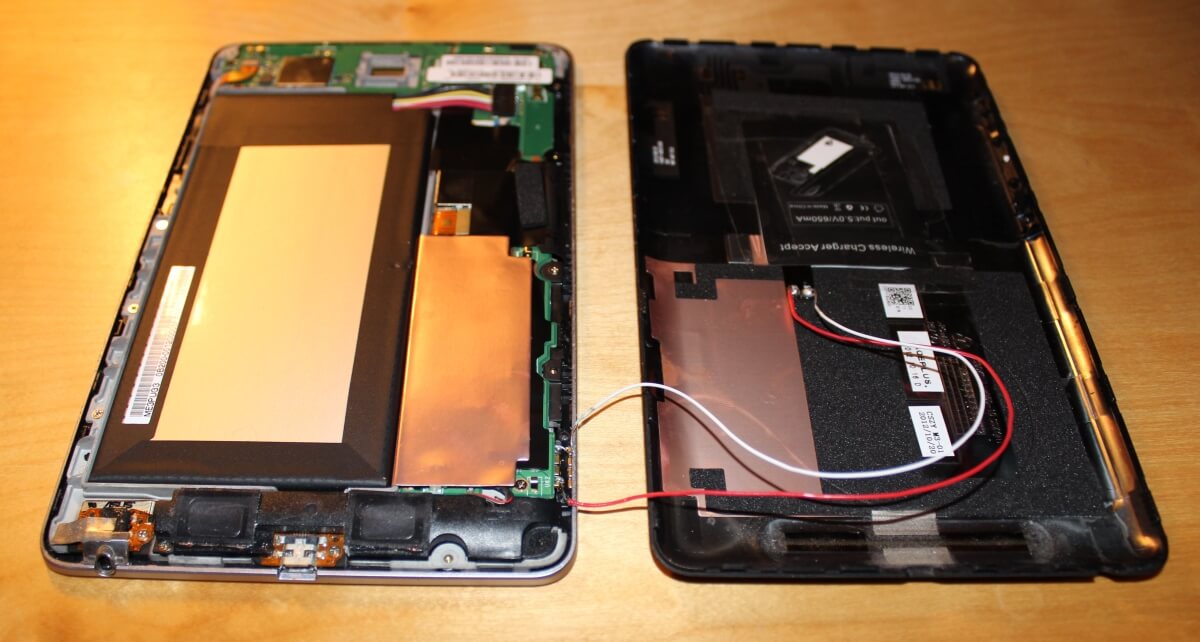